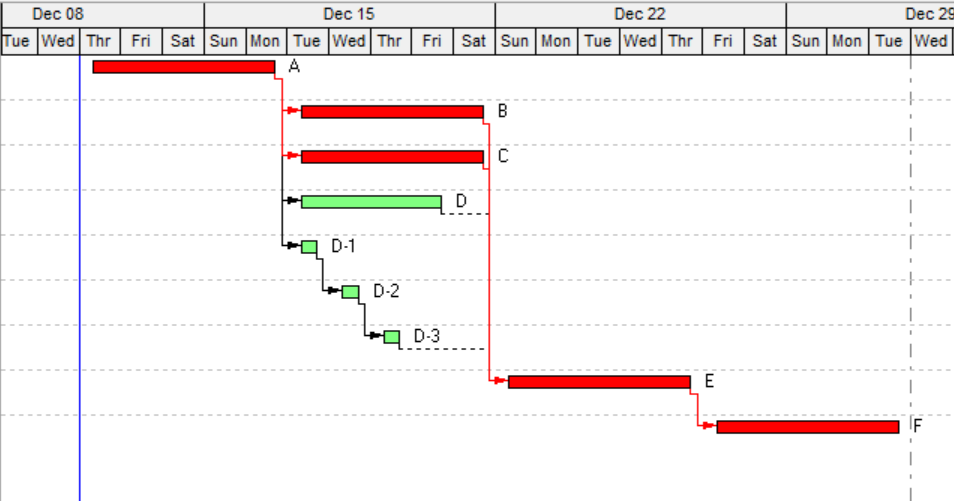 Let’s look at a simple example:

In case we use mandatory constraint or there is out-of-sequence activities, the longest path might not go to the beginning of the project as illustrated in the picture below.

The ability or function to base the longest path on the lowest amount of free float (the longest path will go through Activity B, C) rather than cutting it off if the free float is greater than zero is still not available. Hopefully, it will be supported in later version of P6.

The driving relationships are determined based on relationship free float and business rules defined by Primavera P6.

How does Primavera P6 determine a driving relationship between activities?

Support my blog by allowing advertisement

If you’re using Adblock program, kindly disable it to support my website.

Thank you so much.

If you think the article is helpful and solve your problem

Let’s celebrate by buying me a cup of coffee :-)